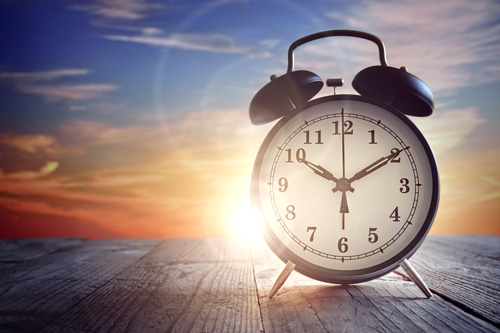 Posted at 21:19h in Brain Health by Debbie 1 Comment

November has arrived, and whether we like it or not, we dutifully move time forward or back on our clocks. When we reset our clocks in the autumn season, we may feel slightly excited about recovering the hour of sleep we lost last spring. But when evening comes, we notice that the sky darkening a bit earlier, and we want to head to bed… before it is time.

With the recent time change, I noticed fatigue setting in a little earlier at the end of my work day, and even my dog has begged for her meals and treats based on her set daylight saving time eating pattern. Here we are—humans and animals—adjusting to the mandatory time new normal. We are both adjusting to the new normal.

So how do you feel about the recent time change?

On mid-term election day nearly 60 percent of Californians voted in favor of a ballot proposal to leave the state in daylight saving time all year round. They voted against having to set their clocks backward one hour during the winter months, and in favor of a later sunrise and sunset times all year round. The proposal grants the California State Legislature the power to vote to change the clocks permanently. But any changes would need to start with a two-thirds majority vote in the state legislature. Even then, the time change wouldn’t be a given. Congress would have to approve it, that has uncertain prospects too.

But at the very least, the 2018 vote makes it clear that more and more people are realizing that daylight saving time, as it currently stands, doesn’t make much sense. Not every state follows saving time. Most of Arizona ignores daylight time and keeps the state in standard time. But even within that state, the Navajo Nation follows the twice yearly time change with all the states except Arizona and Hawaii.

Could tracking time get any more complicated?

When did business and government start switching time settings on clocks in the first place?

When the United States was founded, most cities and towns relied on the sun’s location to set time. But with the rise of railroads making travel faster between locations in the 1800s, the differences in time between cities became a big route-scheduling problem. So in 1883, the railroads established a plan to standardize time across the U.S.

Later, when the U.S. entered World War I in 1918, Congress passed a Uniform Time Act — making the railroad times official across the nation. It was called Daylight Saving Time, and it was enacted every year from March to October to save electricity and make the nation more productive by “keeping the sun out later.” Rural America hated the idea of milking cows and doing other chores in the dark, so Congress voted to repeal Daylight Saving Time the following year.

Up until recent years, bureaucrats justified all these time changes believing we were saving fuel. But, guess what? There is no strong evidence that the current system reduces energy use!

So here we today. The clock-switching madness continues, and twice each year, a planet of groggy people is forced to adjust all their physical clocks as well as their biological clocks.

I laughed when I heard someone question the logic by asking, “How can you cut off the top of a blanket, sew it to the bottom, and then believe you have created a longer blanket?”

How well do our bodies cope with these time-honored time changes? (Pun intended…)

Having to change clocks in our homes, cars, and offices is annoying, but changing our internal clocks can be downright dangerous.

Chronobiologists—scientists who study how living organisms adapt to solar and lunar-related rhythms—remind us that seconds, hours, and weeks are all human interventions. We can change our time pieces, but humans do not have the power to exert control over light and dark. And that’s what our internal clocks align with. Tampering with our body clocks affects our health more severely than most people realize.

Timothy Morgenthaler, co-director of the Center for Sleep Medicine at the Mayo Clinic, points out that gaining or losing even one mere hour on our internal clock during recurrent time changes is similar to  slipping on a banana peel. When we fiddle around with our body’s 24-hour circadian light-controlled rhythm, the resulting internal chaos affects our health, sleep, alertness, memory, digestion, and heart function. And whether you are young or old…no one is exempt. 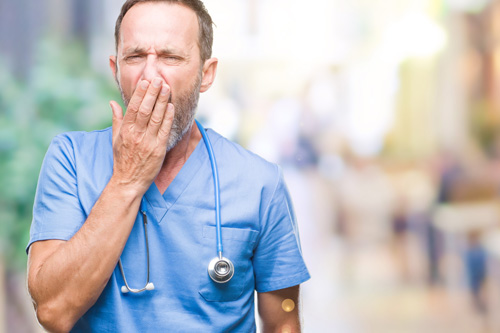 “Adjusting to time changes gets harder as we age,” Robert Oexman, Director of the Sleep to Live Institute in Mebane, N.C. tells us. “Once we get into our 40s and 50s, our ability to change our circadian clock becomes more difficult.”

Fall time changes tend to be harder to cope with than spring changes for people who are older. Many middle-agers and seniors have a habit of drifting off to sleep too early anyway. This leads to disrupted sleep and early waking. In addition, the lack of light that results from the autumn time change shuts down our bodies’ production of serotonin—the chemical that regulates mood and affects alertness. Sigh!

What can we do to make time change transitions less disruptive?

As a health educator/coach and founder of MindZone LLC’s flagship Octane for the Brain™ training programs I am frequently asked how to spark physical and mental energy during seasonal time and daylight shifts.

Here are a few suggestions you may want to focus on as you transition through this recent time change…or any time:

Now that daylight saving time has outlived its reason for being, what can we do?

We can follow the lead of the Californians, and trying to change things by voting. (Now that the people have spoken, it will be interesting to see if their proposition to keep daylight saving time 365 days per year is approved.)  Or we can grumble about the current challenge of mandatory biannual time manipulation, or we can focus on a few positive things.

As we enter this dark season of the year, I suggest we look at the bright side…

Later this month, your resilient body will likely adjust to the pattern of standard time.

And sure…it gets darker a little earlier, but we can enjoy candlelight, flickering fireplace light, and the lights of the holiday season that are coming soon.

I challenge you to view your calendar right now. Count the days until the Winter Solstice. December 21—the shortest day of the year—will be here soon. From that day on, the days once again will get longer and brighter. Spring is the way!

Soon you will once again get to reset your clocks and readjust all over again.  That’s life. C’est la vie, my friends!